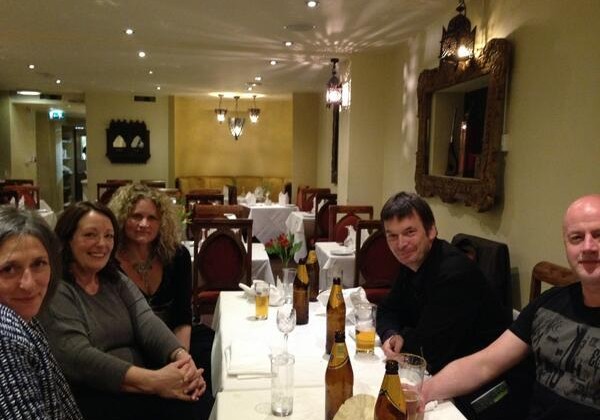 I’ll be appearing here there and everywhere over the next couple of months, talking about my new book and crime writing in general. So if you’re near any of them, feel free to come along and see what’s going on.

First, a quick recap of some of the events that I’ve taken part in over the past few weeks.

I interviewed the brilliant John Connolly at the Tolbooth in Stirling for a Bloody Scotland pop-up event. We had a great turnout and John entertained them royally in that annoyingly effortless Irishy storytelling way of his. The night was topped off by drinking beer and playing dominoes with John and his publicist in a local pub. That’s the rock n’ roll lifestyle of a crime writer for you.

That was followed by a night of Murder Most Entertaining which was held in A’The Airts in the town of Sanquhar in Dumfries and Galloway. The entertaining bits were done by fellow authors Lin Anderson, Michael J Malone and Douglas Skelton. There was quite a bit of talk about sex if I remember correctly and Lin said a number of naughty words.

A couple of nights after that, I was back south again, this time in the company of Ian Rankin at the Queen’s Hall in Hexham. A capacity crowd of 350 turned out to see Mr R as part of the Hexham Book Festival. I was asking the questions and judging by the response after the event and the laughter during it, everyone seemed to enjoy it. No dominoes this time but a curry in the company of crime-writing compadres Mari Hannah, William Ryan and Alexandra Sokoloff. Oh and more beer.

This week I’m off to Bristol for Crimefest where I’m on a panel entitled “An Irishwoman, A Welshman, An Englishwoman, A Scotsman, & An English Moderator Walk Into A Book”. Basically, it’s Ruth Dudley Edwards, me, Jasper Fforde and Sheila Quigley talking about a sense of place under the direction of Simon Brett.

After three days in the south-west, I will have just a couple of days for my liver to recover before the launch of The Last Refuge on Thursday May 22. It is being held in Mediterranea in Stirling at 6 and there will be Faroese music, strong Faroese akvavit and (if I can get it here on time) traditional Faroese food. In case you haven’t worked it out, the book is set in the Faroe Islands. Michael J Malone will be in the chair and quizzing me on the book wot I wrote. Tickets are free and available from Waterstones Stirling.

After that, I am making appearances at a trio of Waterstones stores. Namely Falkirk on May 24, Ayr (with Michael J Malone again asking questions) on May 28 and Kirkcaldy (with Frank Muir) on June 5. Then I’m taking part in Readers Day in Kirkintilloch on June 7, Waterstones Argyle Street on June 20 talking about islands as crime settings along with Simon Sylvester and Alex Gordon. I’m back in Argyle Street on June 26 to referee a panel between teams of crime writers from east and west Scotland. June finishes with a gig at the West End Festival in Glasgow on the 29th. I’m at Cottiers along with Lin Anderson and Russel D McLean.

There’s other stuff too including speeches to a primary school graduation and a rally to Save Gillies Hill, and a night to raise money to combat MS in Kelso. July… actually let’s worry about July when it happens but it includes a wedding in Golden Gate Park in San Francisco and, of course, the Theakstons Crime Writing Festival in Harrogate. Rock n’ roll. 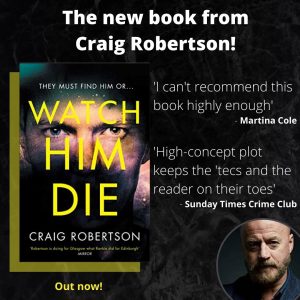